Johns Month(and a half): Flash part 2.

Today, we take a look at Flash issue 177-200, which contains the best stories of Johns' run on the series.
First of all we have two stories about the power-hungry primate; Gorilla Grodd. And if you think a gorilla is a silly villain, then think again. Not only is he an 800 pound animal who could snap your neck as easy as if it was a matchstick, he is also a highly intelligent one, with a telepathic brain that could make Charles Xavier wet his pants. Heck, this monkey is so intimidating, that when there was a riot at Iron Heights where all the Rogues tried to kill the Flash, they all ran with their tails behind their legs. Even Abra Kadabra, the tech wizard form the future fear him. So even though Grodd wasn't the main bad guy in the series, he was by far the most powerful on, as well as the most feared.
We also have a couple of single stories that focus on the individual Rogues, as Johns builds them up, and at the same time tell some damn good stories, such as issue 182(that was ranked as number 22 out of 100 on Wizard Magazine's list of "Best Single Issue Comics Since You Were Born" list) where Johns recreates Captain Cold, making us all understand how goddamn awesome he really is. 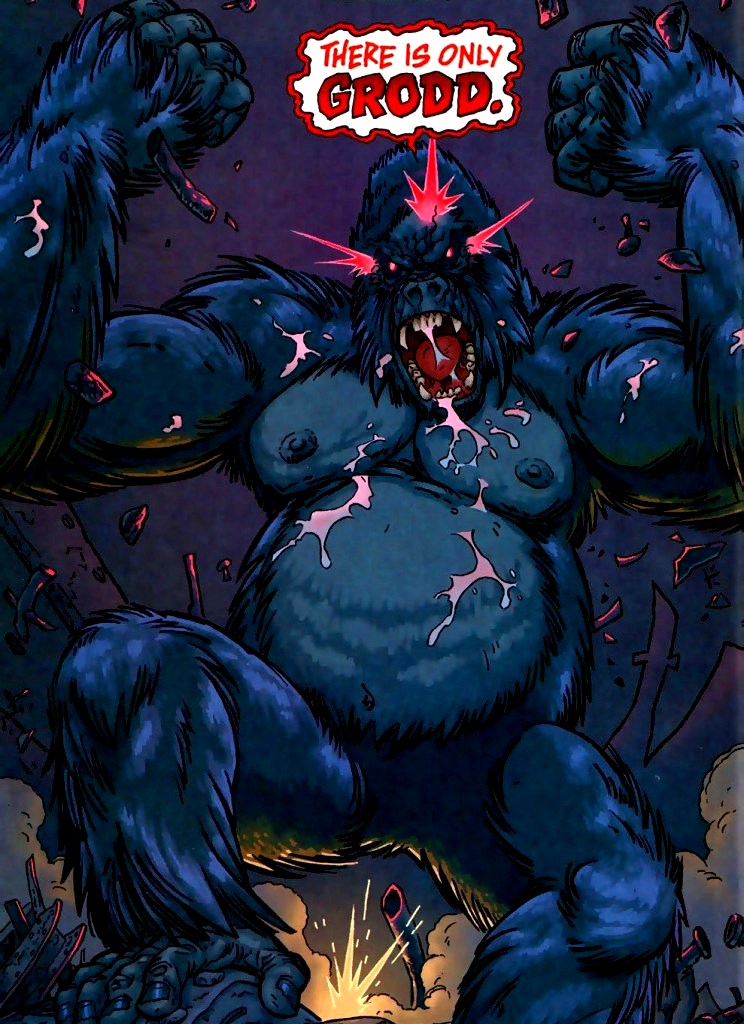 And the story-line "Crossfire" is simply glorious. It it, the Rogues, led by Blacksmith, Keystone and Central City's Queen Of Crime, has organised for the takeover of Central city. Not only do they have a gigantic army of supercrooks, they have used months to make sure that the Flash's allies wont be there to help him. And, just to make maters worse, the Thinker(super-villain turned into pure data) is taking over the minds of everyone in Keystone. Flash must save two cities at once, without any help of his friends. allies and police. This story is pretty much as epic as it can get, and is only topped by the tale of how Wally West got his most greatest enemy.
And who is this enemy? It's Zoom, the Reverse-Flash. A friend of Wally(I wont reveal his identity, since that would spoil the story) takes on the costume and name of Barry Allen's most horrifying enemy, in order to help Wally. But the kind of "help" Zoom offers Wally is the kind you wouldn't wish for your most hated enemy. And not only is Zoom insane and perverse as one can be, he is FASTER than Wally. Besides Stargirl, Zoom is the greatest character Johns has created.
Flash issue 177-200(which is collected in the second Flash Omnibus) is as great as Johns can get, and that's saying something! His Green Lantern stuff is NOTHING compared to this!
... unfortunately, the last 25 issues(I will talk about them next time) is not as great, but more about that later.
I'm Waezi2, and thanks for wasting time with me.
Posted by Waezi2 at 3:42 PM