Bendis Month(and a half): New Avengers.

Before I start the review, I would like to point out that I'm only going to review the first 10 issues of New Avengers. Besides that it would take too long to get more that the two TPB I found at the library, I also think that you should be able to judge whatever a series is worth following after the fist ten issues.
But I do like them, actually. 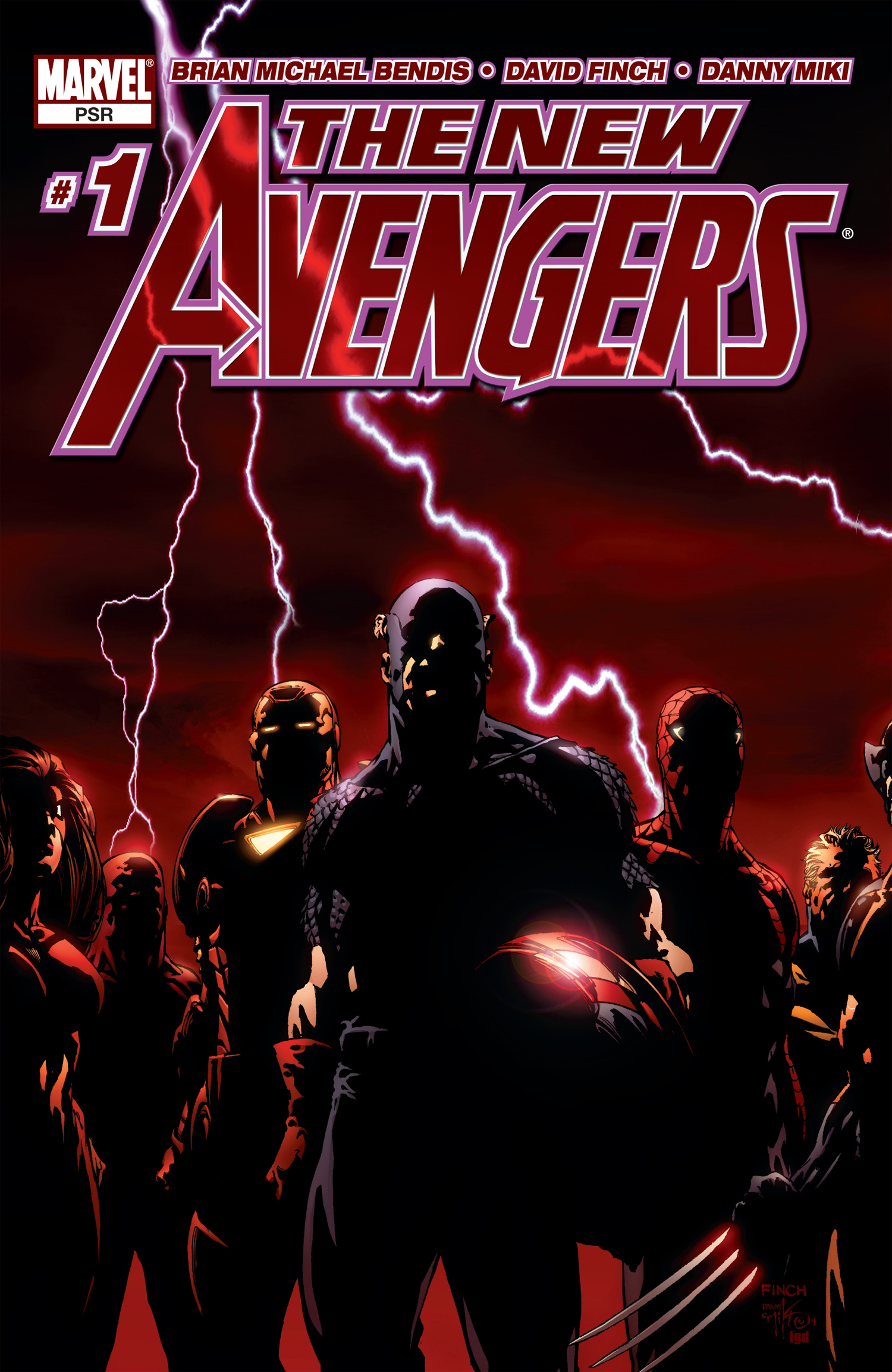 One a day like no other, the Spider-Man badguy Electro causes a mass breakout at the supervillain prison known as the Raft, letting lose 87 superpowered evil/crazy/evil and crazy supervillain who starts to run amok. But six heroes, united by fate, are there to fight back the criminals, putting them back in their cells where they belong. But 43 of the empowered criminals are still on the lose, and the six heroes decides to unite in order to hunt them down, as well as facing any thread no one can face alone.
Together, they are the New Avengers.
This comic is, god be pleased, a lot more enjoyable than "Disassembled". It feels like Bendis is having more fun writing it. They really are new, since it's a completely new team with barely any ties to the former Avengers. Sure, Cap and Iron Man is there, but the new members; Spider-Man, Luke Cage, Wolverine and Spider-Woman gives new life to the Earth's Mightiest. It's not a legacy team, like the JSA or the Teen Titans, it's a whole new group, and they are more... simple compared to the old Avengers. No politician connection, no mansion, and only ONE jet.
But even though I liken the series, there is a problem...
It's a Transformers movie.
Not that there is anything wrong with Transformers movies, it's just... I have a feeling that the huge explosions and all could get a little old after a while. Not without a fare dose of drama the old Avengers had.

Bendis New Avengers seems more like an action team book than... a team book. I don't see the same kind of soap opera crises and interaction as I would see in Wolfman/Perez's Titans, or  Busiek's Avengers. And without that soap-o element in the book, I think it could get a bit... trivial.
I enjoyed the Sentry story-line that made him part of he group, but knowing what Bendis had planned for him... it's difficult enjoying a story when you know know that he is going to be turned crazy-evil and then be annihilated for the sake of a crossover event.
If you can ignore that Sentry is going to be butchered in Siege, then I would say that this is a kick-ass comic. It has it's faults, plenty in fact, but it's still very enjoyable. Would I buy it? Na. But I still think that it's live up to all it's praise and I can see what it's fans see in it.
That's all for now. Next up: Alias.
I'm Waezi2, and thanks for wasting time with me.
Posted by Waezi2 at 8:13 AM