Before I begin, I would like to point out that there was a lot of great costumes this year, and that they were all great(except for that one guy who dressed up as Krypto the Superdog). So this list is not about the best cos-players, but what costumes I liked the best. And I will later post ALL of the pictures I took of cos-players.

But let's get on with it. Here is my personal top 9 cos-play of Copenhagen Comics 2015:

Could have been placed higher on the list if she didn't make the mistake of bringing a shield. EVERYONE knows that Peter doesn't use a shield.

Because when a man points his weapon at you, you don't have that many choices but to put him on your damn list. Even though she looked too happy. Extra points for ACTUALLY being black. Now, THIS was a cos-player who took the role seriously. In order to look as much as Brock as possible, this Cos-player had her eyes closed through the ENTIRE weekend. It of coarse meant that she kept tripping over her own feet, slammed herself into other people and entered the men's room.
But she did it with dignity! 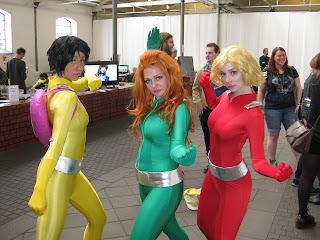 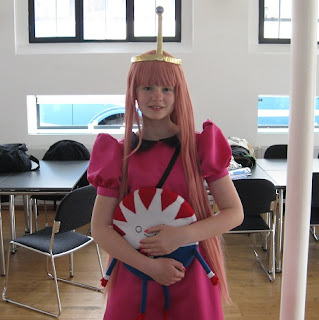 A nice detail is that this cos-player managed to find a midget to fit into the Peppermint Butler costume.

And now, the number one cos-play of Copenhagen Comics 2015: 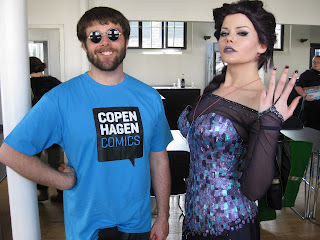 Now THIS lady obviously use a lot of time to make her costume perfect.
The use of makeup is just right, and the wig is very believable.
And the beard was made out of actual hair collected from a barber-shop. No doubt about it, this Waezi2 cos-player is the uncrowned queen of cos-players.
... Oh, and the one next to her was good too, I guess. But not even close to this list's number one. But if you like her costume, I guess you should tell her on her Facebook page: https://www.facebook.com/pages/Anubis-Cosplay/256315361239615?fref=photo
That's all for now. Next time, I will post the rest of the geeks in costumes.
I'm Waezi2, and thanks for wasting time with me.