The quest for lost comics: A handful of issues 2

I'm sorry, I haven't made a 5-panels for the next week, and no Phantom retrospective this week either. Been busy. But I do have some new comics I have brought. And boy oh boy, do I have one lost and forgotten series; Night Thrasher issue 1.

What's that? You dont know who Night Thrasher is? Well, that's not so weird. He was the founder of one of my favorite teams, The New Warriors, a group of teen heroes of the 90s (but you probably know the team from Civil GOD DAMN War!).
This issue is, sadly, a tie-in to a event in the New Warriors series, so its not really a number 1, its a number 2. In more than one way:(
Its not bad, it just not as good as I had hoped. Before Night Thrasher got his own ongoing, he had a mini-series called Four Control, witch I consider a really good read, so I had my hopes high, and were therefore disappointed. THAT is not the same as saying that's it bad. Its a... Okay introduction. But I still think I will try and find the other issues. Who knows? It could get better. 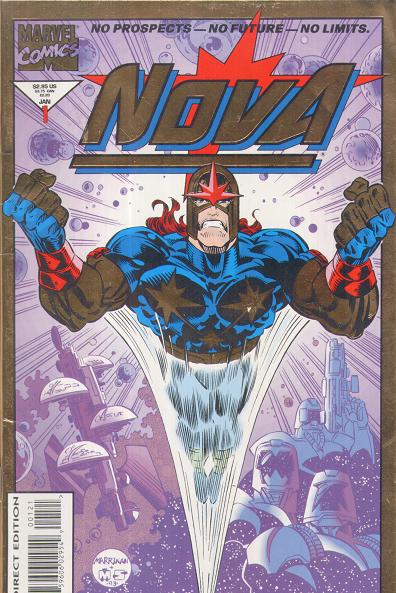 My second favorite member of the New Warriors is the one who were more successful than the other Warriors; Nova. You may know him from the crossover comic Annihilation, the Nova series that were made after, and Marvel VS: Capcom 3. But we shall take a look at the first issue of the second Nova series from the 90s.

Now THIS is more like it! I could criticize the artwork, but hey, it were the 90s so the style were hip at the moment, and it could be MUCH worse. And it even work as a introduction to the young hero with back-story and all. I enjoyed it, and I am DEFIANTLY going to find the other issues as soon as possible:)

Oh, and did I mention that bout Nova and Night Thrasher issue 1 has thick shiny covers? They do! I'm kind of a sucker for that kind of stuff.

And finally, we have Defenders issue 1. 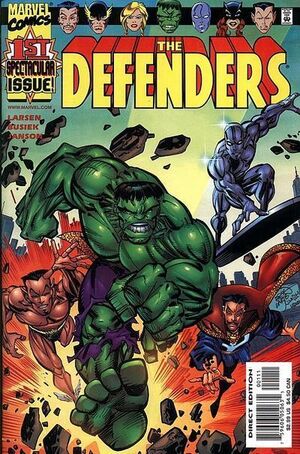 I know ABSOLUTELY NOTHING about the Defenders. Except for that they are a rather odd team. Hulk, Doc Strange, Namor an Silver Surfer aren't really team players, and has nothing in common. So how do they make it work? In fact, THIS issue is about how much they dont work together. All I know is that Kurt Busiek is the writer, and everything he writes is great, end of story. I will eventually review this 12 issue series, since I brought all of the issues for a really good prize. But for now, I can tell you this; the first issue looks pretty promising:)