Here are the review of the day. Starting with my favorite Blackest Night tie-in. 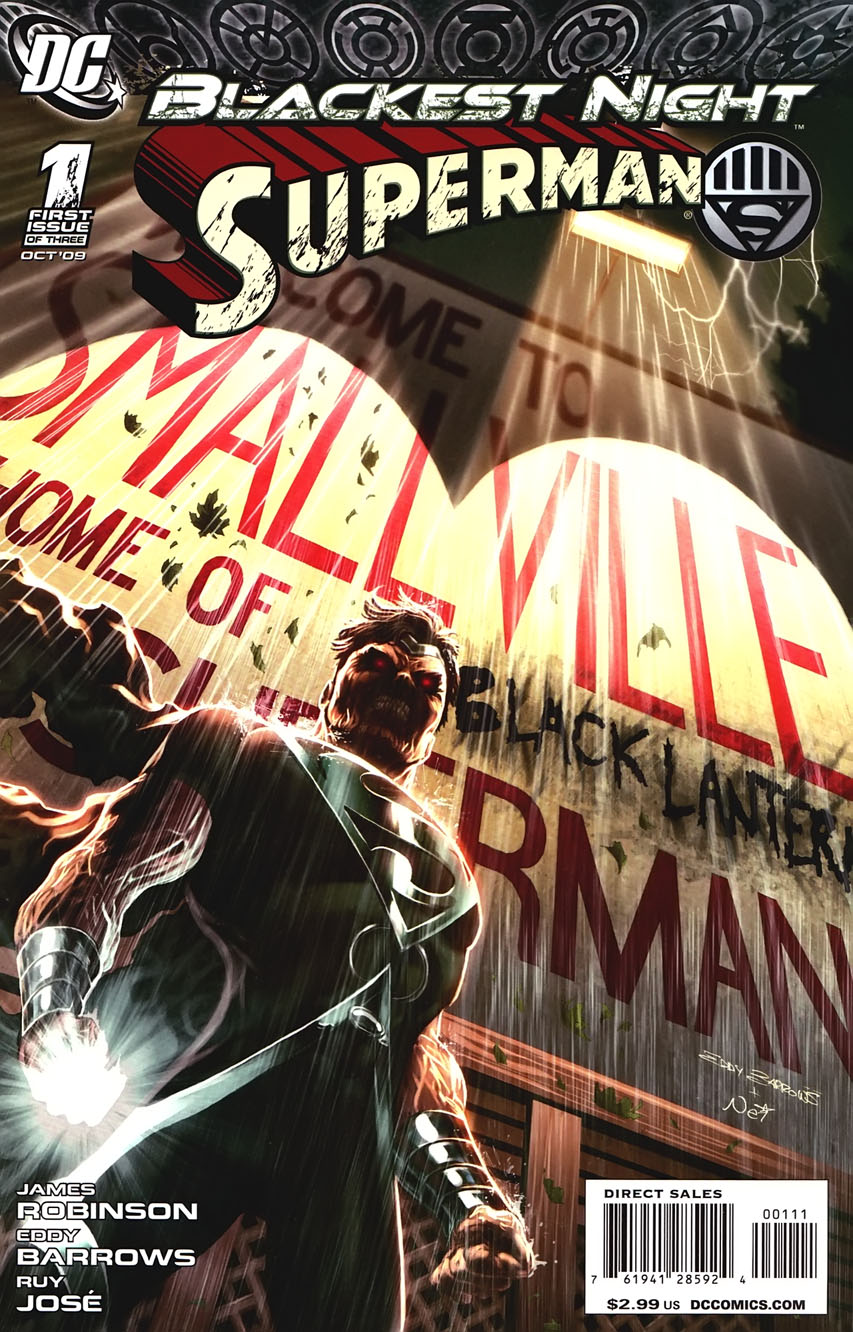 Imagine this: All-american small town attacked by zombies. Carnage everywhere in this ones so peaceful little town. Can it be more terrifying than that?
With the emotion- manipulating Psycho-Pirate as one of the overpowered zombies: NO!
The story's writer is James Robinson, a great writer, even though he wrote the abomination that is Cry For Justice. One of the stories greatest strengths is, that Robinson clearly understand the nature of the Black Lantern rings ability to "see" emotions and use it to it's fullest potential in this three issue mini-series. One problem COULD be that the choice of zombie to haunt Superman(in this case, the Golden Age Superman from Earth 2) is not as emotional as the other Black Lanterns. Dick Grayson meets his parents, Beast Boy his evil girlfriend, Wonder Woman the man she killed, but Superman... face his parallel earth version... It's well written, with GA Sups reminding Clark what he could have been and never will be capable of, but it's not as strong as the other Black Lantern.
But it's still a very good story. Thumbs up!

Adam Strange, Animal Man and Starfire. This three heroes who couldn't be more different, makes somehow a great team. After being lost in space for almost a year, this three heroes are finally home. So... what now? Fast-spreading virus that makes people bloodthirsty psychos who kill everyone, THAT'S WHAT!
You may argue with me that this is not a horror story, but I would then ask you to take a look at Animal Mans son trying to stab his sister with a knife, and then tell me if you still think that it's not. 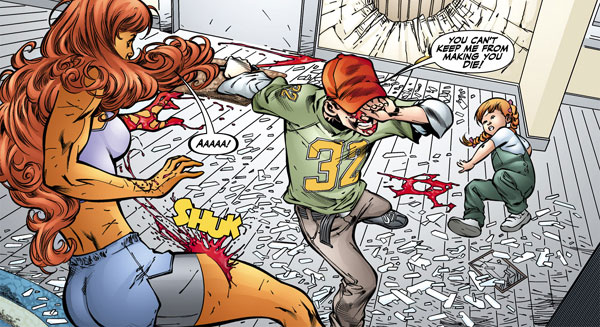 Ew...
A good story for the entire year, but Halloween, too.

That's all for now. See ya!