Today, we are going to take a look at what is my favorite manga series a the moment: Blood Lad! 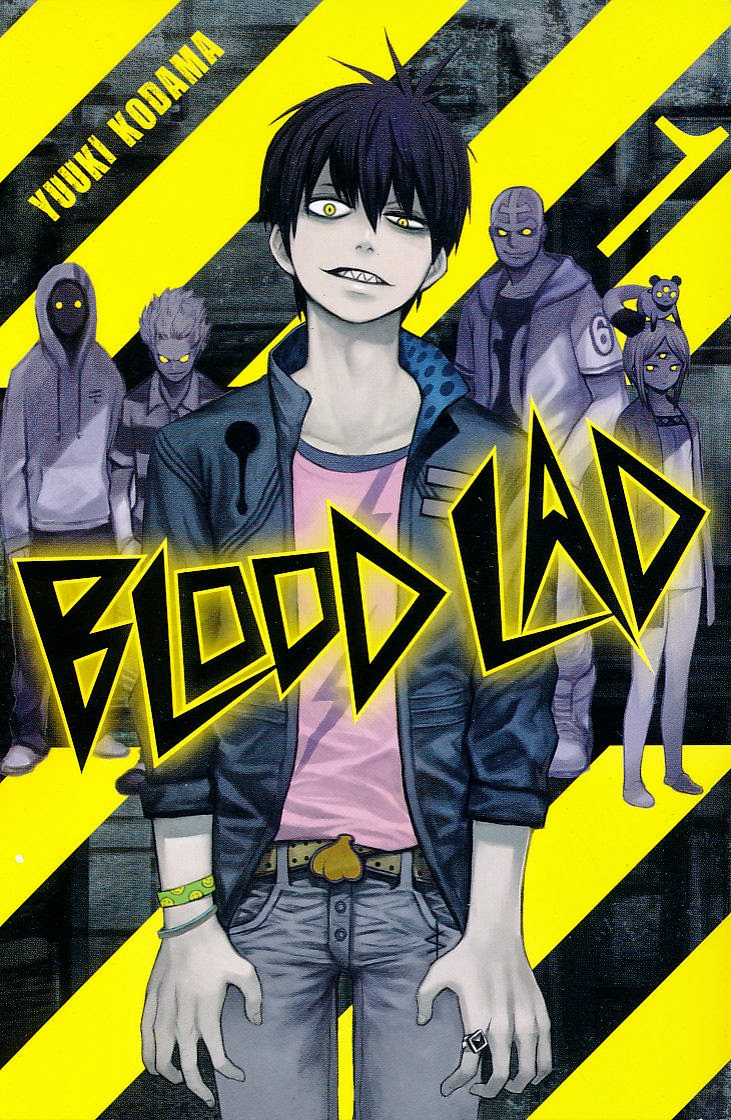 Staz Blood is a vampire with a obsession for human made things, especially if they are from Japan. But being a demon, he cant leave the Demon World so easy.
But one day, a human girl named Fuyumi Yanagi enters the Demon World by accident. And she is not just human! She is JAPANESE! Staz instantly falls in love (or at least lust) at first sight. But not long after meeting her, Fuyumi gets eaten by a carnivores plant, and is transformed into a ghost. This is a bummer for the young otaku vampire, since she is no longer a creature of flesh, so all attraction toward her is gone.
However, Staz swears to Fuyumi that he will make it his lives goal to get her back to life (so he can suck her blood, and make her part of his collection, but he of coarse doesn't say this) and this is the start of a amazing journey for the two of them.
Try and imagine Dragon Ball when it was still fun to read, but with a goth-like atmosphere. THAT is Blood Lad!
The series is full of great characters, with my favorite being our main-character Staz Blood. He is lazy, snarky, and has little to no interest for anything else than what he wants for himself. Sure, he take on a little more responsibility as the series goes on(realizing that being asshole affects those around him), but for the most, he stays the same, witch is extremely enjoyable.
As you may have guessed by now, this is also a fighting manga, but the fights are not THAT long, and there are usually roam enough for them to have humor too, like when Staz, as the manga-nerd he is, attempts to make a Kamehameha. My favorite fight has to be between Staz and the dimension-traveling witch Bell Hydra.
I suppose that I could criticize it for letting Fuyumi be noting more than a damsel in distress, but that is the whole point with her. She is, as Staz best friend Wolf would say it; a small animal surrounded by beasts. Or to put it simple: completely helpless. But unlike SOME pink-haired ninjas, who I will not name, she grows on you almost instantly.
One thing though: I wish there would have been more with Staz in the Human World, but who knows? The series is still going on.
Bottom line is: read Blood Lad! There is also a 10 episode anime that is pretty good too. And the team-song ROCKS!!!
That's all for today, 27 to go.
I'm Waezi2, and thanks for wasting time with me.