"Wingless; The Dovecote Princess" is a dark fantasy story of a girl named Ephelia. Armed with a enchanted book with a sentient mind, she runs away from a wedding she does not wish to be part of, she begins her quest to become a knight for the honour of her family. She finds out it is not that simple.
Also, her head get's cut off her neck...
But don't worry. She got better!
This series is despicable!
It let's you believe that it is a fairy tale about a young woman who wants to prove herself. And then it slaps you in the face with it goriness, like decapitated heads and hands, guts flying out of bodies, monster pigs and scary deform squirrels.
Besides the many horrors we see on the pages, we have some pretty interesting interaction between Ephelia and her traveling companion; Bouquin the book. Bouquin has little to no faith in Ephelia's quest for knighthood as well as finding her motivations for... well, EVERYTHING to be without logic. This, of coarse, infuriate our young heroin, and you wonder WHY she bother carrying around a magic book who gives her advises she almost never listen to(or is it read?). They are total opposites, and that makes their forced relationship that more interesting, as they exchange thought and ideas.
Here is a link to the comic: Wingless; The Dovecote Princess
That's all for now. Next time; Nuns and witches!
I'm Waezi2, and thanks for wasting time with me.
Posted by Waezi2 at 2:48 PM No comments:

I COULD tell you what this Korean horror comic is about... but I dare not!
This... this is some scary shit, I tell you! And if you are foolish enough to google it and then read it, well... Don't tell me that I didn't warn you.
This short story is so frighting that you will YAWN the next time you play "5 Night At Freddy's".
You are going to demand to get your money back for every single horror movie you ever bought, since "Bongcheon-dong Ghost Story" will make them look like a bunch of old Smurfs videotapes.
You are going to shit yourself so much that even your ancestors will find themselves in a pair of dirty pants.
You will call your mom and dad, and ask them why they were so cruel to give birth to a child with eyes.
You are going to scream so loudly that it will trigger a geological event.
Your heart will pound so violently that it will burst out of your chest, become a sentient being, name itself Bob, and live a life more happy and meaningful than the one YOU have.
You will lose your sanity, put on a sombrero, hang yourself from the roof, and beat yourself up with a stick as if you were a pinata!!!
... Or maybe that's just me...
But really, this comic is not for those of a sensitive soul. Trust me! Don't read it if you are in the library or any other public place, since you won't be capable of withholding your girly scream.
You HAVE been warn.
That's all for now. I'm Waezi2, and thanks for wasting time with me.
Posted by Waezi2 at 7:02 AM 1 comment: 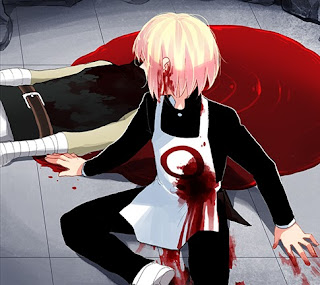 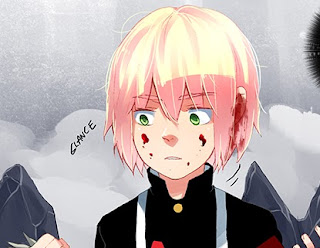 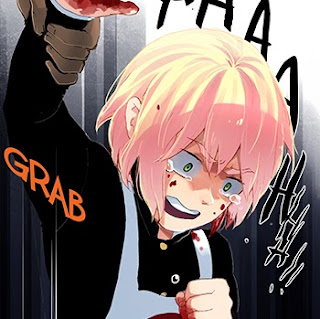 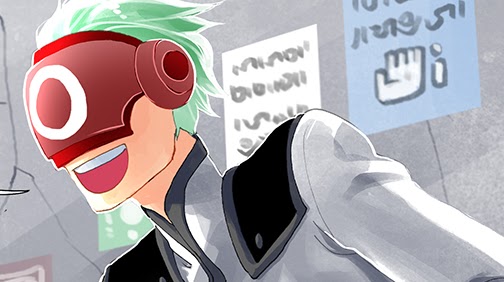 So, Nero... Any comments on your, dare I say it; head-on victory?

I DON'T KNOW HOW THIS HAPPENED!!!!

Hear that, folks? He barely noticed his opponent during the match! 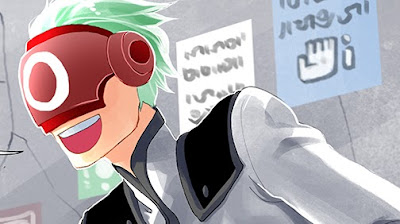 Anything to say to your thousand of adoring fans?

I JUST BEHEADED SOMEONE!!!!

W2's Web Of Horror: The Boy Who Fell. 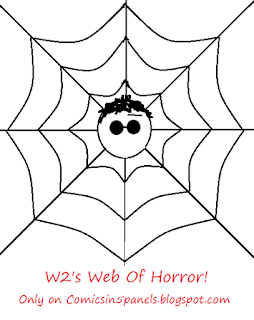 Happy almost-Halloween!
So? Ready for the spookiest day of the year? Got enough candy? Got yourself a costume that won't make you look like a male prostitute? Do you have a stack of new spooky comics?
I don't... I guess I used too much time watching Gravity Falls, Steven Universe and Adventure Time...
The last two years, I have searched for comics that could be appropriate Halloween reading.
But this year, I will do something... slightly different; I will recommend you a couple of web-comics. And there are plenty of creepy, bloody, scary and dark web-comics.
First up; The Boy Who Fell. 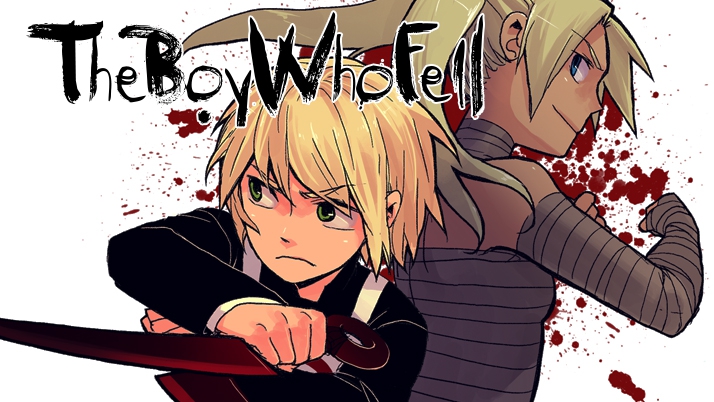 Atsushi Ren, a 13 year old timid boy. He has few friends, since he and his mother moves from place to place before he can get to know any kids at his own age. But the day he finally manage to befriend someone in his current school... he dies.
... Bummer...
And even worse; he ends up in hell, greeted by Lord Devil. That is of coarse very confusing for the lad, since he can't remember doing ANYTHING evil or even wrong in his short life. But the devil assure him that he is dead indeed, and that he just has to deal with it... OR he can participate in grand Hell Tournament, a contest only held once every millennium. The winner will be granted a wish, that can be anything. Even returning to life.

But it's not a knitting contest. It's a life-threatening competition where everything is allowed, including killing your opponent. Ren has less than a month to learn how to fight the demons that anticipate in the tournament as well, and he is now thrown into a world of monsters and horrors, all to get back home. His only help is Sorian, a fierce demon who owes her life to Ren, who in return trains him so that he at least will be capable enough to SURVIVE.
The art and story is obviously very inspired by manga, but has it’s own unique style that gives the series a dark and fun tone. While this isn’t the first story I’ve read about a good person who goes to hell, "The Boy Who Fell" is one hell of a web-comic. Even though I'm not that big on "Train-then-fight-then-train-again-and-fight-again" mangas, this one is more fluid than Naruto or Dragon Ball. Besides leaning how to defend himself, Ren must evolve mentally as well, and we see him get more and more worried as he realize that he most likely has to kill someone. But he has no other choice, if he wish to return to the land of the living.
Here is a link to the series: www.boywhofell.com. Hope you enjoy.
That's all for now. I'm Waezi2, and thanks for wasting time with me.