This is one of those series I've wanted to read for some time now.
Overshadowed by the famous Perez/Wolfman series, as well as Johns run on Teen Titans, this series was never released in TPB. Which is a shame, because after recently getting Grayson's only 20 issue long run on the series(I'm still unsure if I should get the 30 issues not written by her) I have to say that this may be one of the most entertaining superhero-team comics I have read for a long time. And YES, I know that Grayson wrote that infamous comic about Nightwing getting raped(which I haven't read, but I've heard that it was tasteless), but hey: Robinson wrote "Cry For Justice" and Johns randomly killed of c-list characters in "Infinite Crisis." ALL writers sometimes does stuff like that, so it's really just a question about however the few mistakes overshadows the many good things they have written or not. 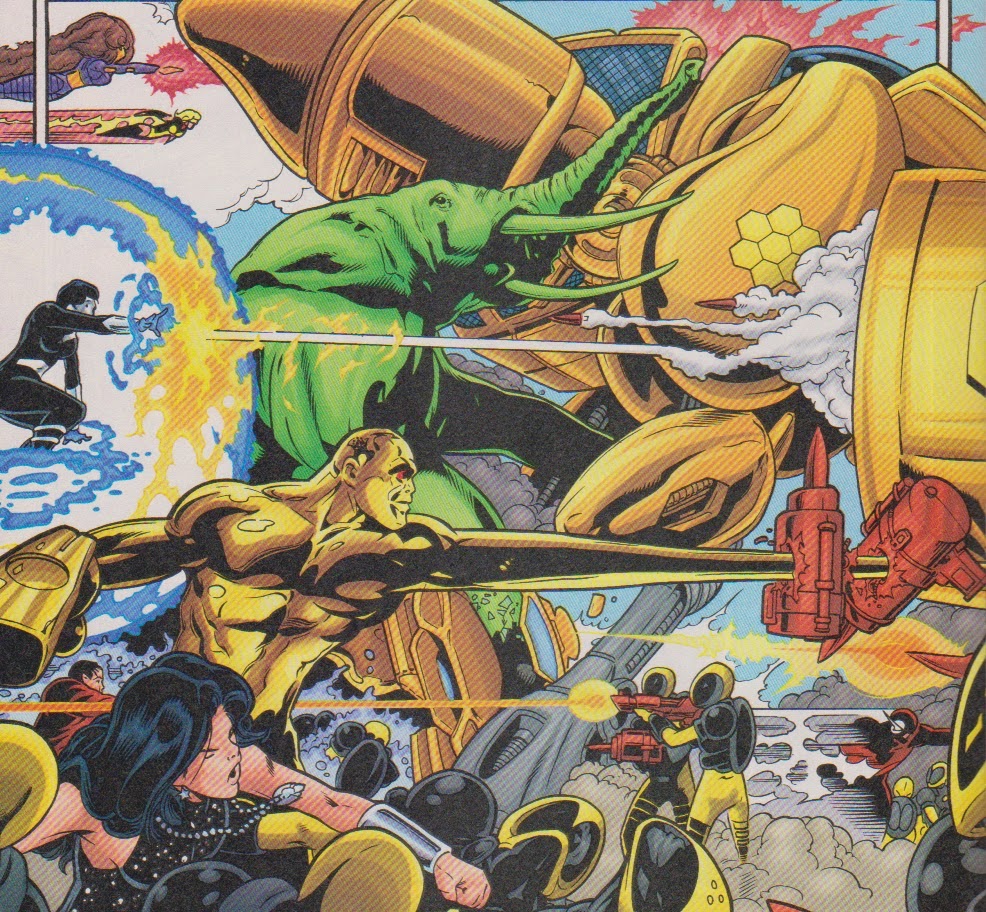 This series is not one about teen-heroes as much as it's about former teen-heroes, now all gown up. After the JLA/Titans series(which I BTW would recommend) the five original Teen Titans(Nightwing, Flash, Troia, Tempest and Arsenal) decides to become a team again. They decide to do so, since side-kicks aren't really a thing anymore, so the Titans won't just be a group of good-guys who saves the day, but also a place for the next generation of heroes to find the guidance and mentors they need. But apparently, the adults may need the team as well, like Starfire, who resently lost her homeworld AGAIN(!), Nightwing, who at that time had a face where he was turning into his mentor in the bad way(like overworking himself and not trusting others like he used to do) and Cyborg, who recently tried to conquer the moon, and the only thing that will stop the JLA from locking him up, is that he is part of the Titans, so that his friend can help him NOT becoming a crazy giant robot again.

And that is one of the main reasons to why this series rocks: It's about friends looking out for each other. For better and worse, since allot of the series is also about the Titans getting on each other's nerves. It's kinda like a family, with them being ready to do everything for each other, but at the same time pissing each other off. BELIEVE ME, family can be a pain in the ass sometimes.
But it's of coarse not just allot of character dynamics, the series has a great deal of superhero action, too. The Titans are fighting all kinds of villains, like HIVE, a black super-Nazi, super-speed junkies, and Vandal Savage and his own super-villain team: Tartarus!
And unlike allot of newer team-books today, every character in the series has their moments, and doesn't feel like they are there to fill up. And that is pretty impressive, considered that this team has TEN MEMBERS! But one of the reasons to why this works is properly that not all the senior Titans can't be on the team 24/7, since they have stuff to do(like Flash being a member of the JLA, and Nightwing being both superhero AND police officer in Bludhaven), and that is why there are so many seniors on the team compared to teen-heroes. 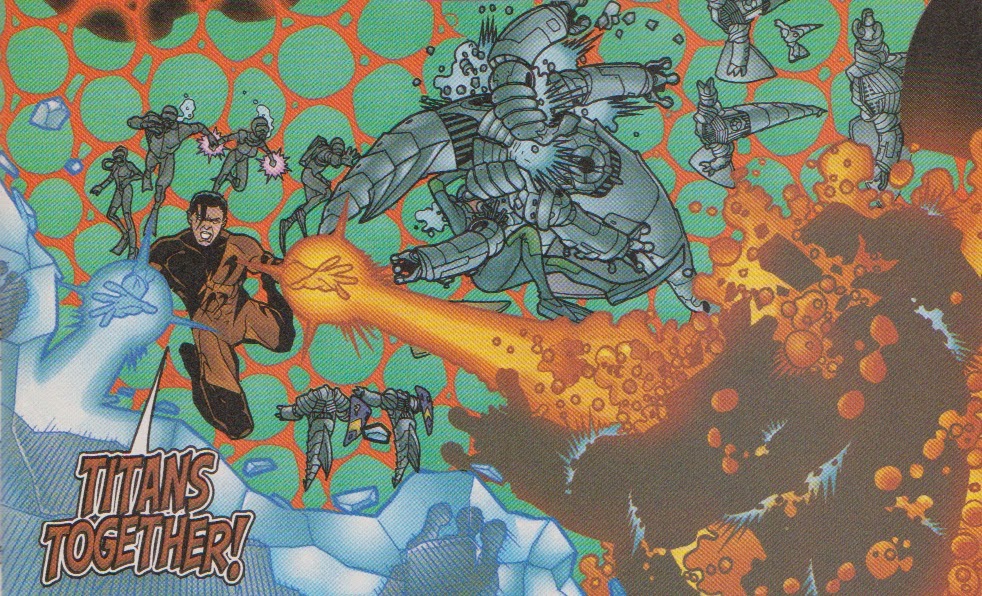 My favorite issue has to be issue 14, where the Titans must fight against Tatarus without four of their best members(after a pretty big fight between almost ALL the Titans) but still manage to kick some major ass, thanks to Tempest and his awesome leadership-abilities. He is by the way my favorite Titan of all time, thanks to this series. I already knew he was awesome, but after reading Titans, he may be on the list of my top 9 favorite superheroes.
The series MAY be a little difficult to find(seriously, you can't even find it on Comixology) but I think it's worth the effort to hunt. Great story, great art, great characters, just... just great!
I'm Waezi2, and thanks for wasting time with me.
Posted by Waezi2 at 1:13 PM