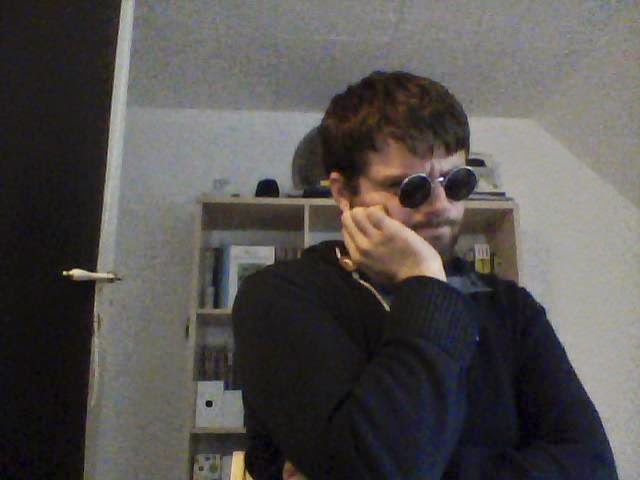 ... Yeah, I make mistakes sometimes.
Sometimes, i have been told that I dont even try, but it's actually because I try so much, that I sometimes get to eager, or unconcentrated, or whatever, that I make some fatal mistakes now and then. I hope you can bear over with me, and understand that I do my best in a attempt to entertain you and share my passion for comic-books. But I think it's about time we clean the air, and I confess my top nine mistakes. Starting with one I actually dont get WHY is a mistake:


Number nine: Death Note i 5 panels.
Seriously, why is this my only 5-panel where people has told me that they actually hated it? Sure, I've been told that some of my 5-panels was kinda meh, but sincerely bad? I't an old gag, witch I have seen been used before, and the most people liked this gag. Well, not here. Maybe it it doesn't work when it's been written...

Number eight: JLA/Avengers in 5 panels.
When I started to notice that I had gotten a bit lazy. I had done this before, and two of the jokes was actually recycled, and it felt half-hearted. I only did it because I really wanted to make a 5-panel out of this amazing crossover. If you haven't read JLA/Avengers, then you definitely should.

Number seven: Superman Grounded in 5 panels.
Someone told me, that the last panel about Sups being okay with nuclear plant owners lying was out of contexts. And it was... in theory, since he was brainwashed or some crab like that. The problem is, that the attitude that Superman had, when he said that he wouldn't let Lois write an article about a plant breaking allot of rules was already there, and I still think the magic brainwashing was Straczynski's way to try and save his story(he failed) because he realized that he had made a mess of a story, and now needed to explain why Sups was so much out of character.
BUT my panel was out of contexts, so; my bad

Number six: Avengers Vs. X-Men in 5 panels.
I have used allot of time to point out ALL the holes in this crossover, ESPECIALLY that Cyclops act childish for no reason, and that his idea about letting Hope be the new Phoenix was downright stupid. I was wrong... kinda...
You see, the reason to why he was so obsessed with making Hope the Phoenix was that he was told by Cable that it was important that he did so. Cable even told him to fight the Avengers, if necessary. So even though I think the the whole story is full of holes as large as whales, I have to admit that Cyclops decision about making Hope the vessel for the Phoenix Force was explained. It's still stupid though...

Number five: Green Lantern; Rebirth in 5 panels.
I'm not the biggest Hall Jordan fan(I'm more of a Kyle Rayner kind of guy), so I didn't know it was canon before this series that Hall's father was dead, and that it had such a great impact on him. I just assumed it was a retcon, since there was a crabload of those in "Flash; Rebirth." BUT I could just have made a Google-search, so again; my bad.

Number four: My spelling errors.
And there is ALLOT of those, and I'm sorry for that. But I AM Danish, so I hope you understand.

Number three: The Speedball review.
In it, I claimed that the 10 issue long Speedball series was from the 90's. It was actually from he 80's. I was too lazy to double-check, and also kind-of in a hurry.

Number two: Identity Crisis in 5 panels.
Not so much because it's that bad, but because I feel I only pointed out what I didn't like about the comic, instead of making a parody. I felt I was selling out, once I looked at it again.

Number one: Justice League (New 52) in 5 panels.
I have NO IDEA what the heck I was thinking! First time I actually deleted something, that's how bad it was.

That was my top nine mistakes, and there will possibly be plenty more. Because that how it is, when you try and do something creative of any sort. I actually consider rewriting my look-back at the New Warriors series.
I'm Waezi2, and thanks for wasting time with me.
Posted by Waezi2 at 3:59 PM