Well, Christmas crab is available at the shops now, and Christmas parties for different companies are getting arranged. It's November again. 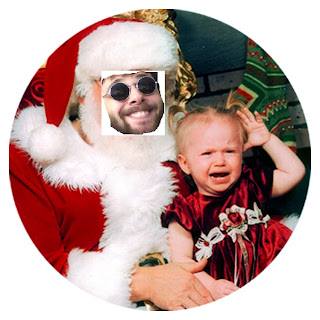 So I would like to be the first to wish you all a merry Christmas. Glædelig jul!
Oh yes, I will soon have an excuse to watch my favorite movie, eat a ton of candy and dress like a idiot... wait, didn't I do that in October?
I flipping love Christmas, but it's true that the season can be a pain in the ass, if you are not prepared. So here is some ideas for gifts, that you could give a loved one: 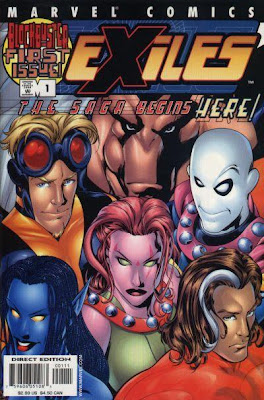 A group of six mutants (dont ask me why it's mutants) are plucked from their realities and dumped into a desert. A short man with bow-tie, calling himself the Timebroker, informs them that they have become unhinged from time. Long story short something has gone wrong in their respective timelines which has ruined their lives this is the result of errors in other timelines causing a domino effect. The only way they can go home to their lives is to repair the time stream by traveling to all realities and fix them... and since there are impossibly many, that is easier said than done.
This is an excellent read. Not only are all the six members very different, they are also from different realities, something that Judd Winick use to its fullest. And all the characters are so well written that it's impossible not to like them, even though one of them is used as "red shirt" in issue two. And luckily, for all of you not so familiar with the Marvel Universe, a lot of stuff about the Marvel U is explained without feeling too forced. not to mention that the series is a ton of fun too. Highly recommended. THIS, ladies and gentlemen, is the book that gave me hope for the modern Marvel Comics. After converting to DC guy, I decided to pick up a Marvel title, despite pessimism after a crab-load of event comics about heroes fighting heroes, Iron Man being demonized beyond reason, Spider-man after OMD, so on and so on. THANK GOD I DID!
Six young super-humans have been selected to be part of the training-program "Avengers Academy," because they have the potential to become the Avengers of tomorrow (witch sounds impressive, until you realize that pretty much ALL Marvel superheroes are Avengers now). But after hacking into the "schools" main computer, they discover that it's not true: they are here because their psych-profiles indicate that they could easily end up like super-villains.
What is really great about this series is the fact that the students are very different, and have different traumas that makes them "problem children" instead of just making them into brats. Unfortunately, the series wasn't a financial success, and was therefor short-lived, but the most of the series, except for the way too many Avengers Vs. X-Men tie-ins, is damn enjoyable. Recommended with all my heart.
I'm Waezi2, and a happy holliday to you all.
Posted by Waezi2 at 3:07 PM