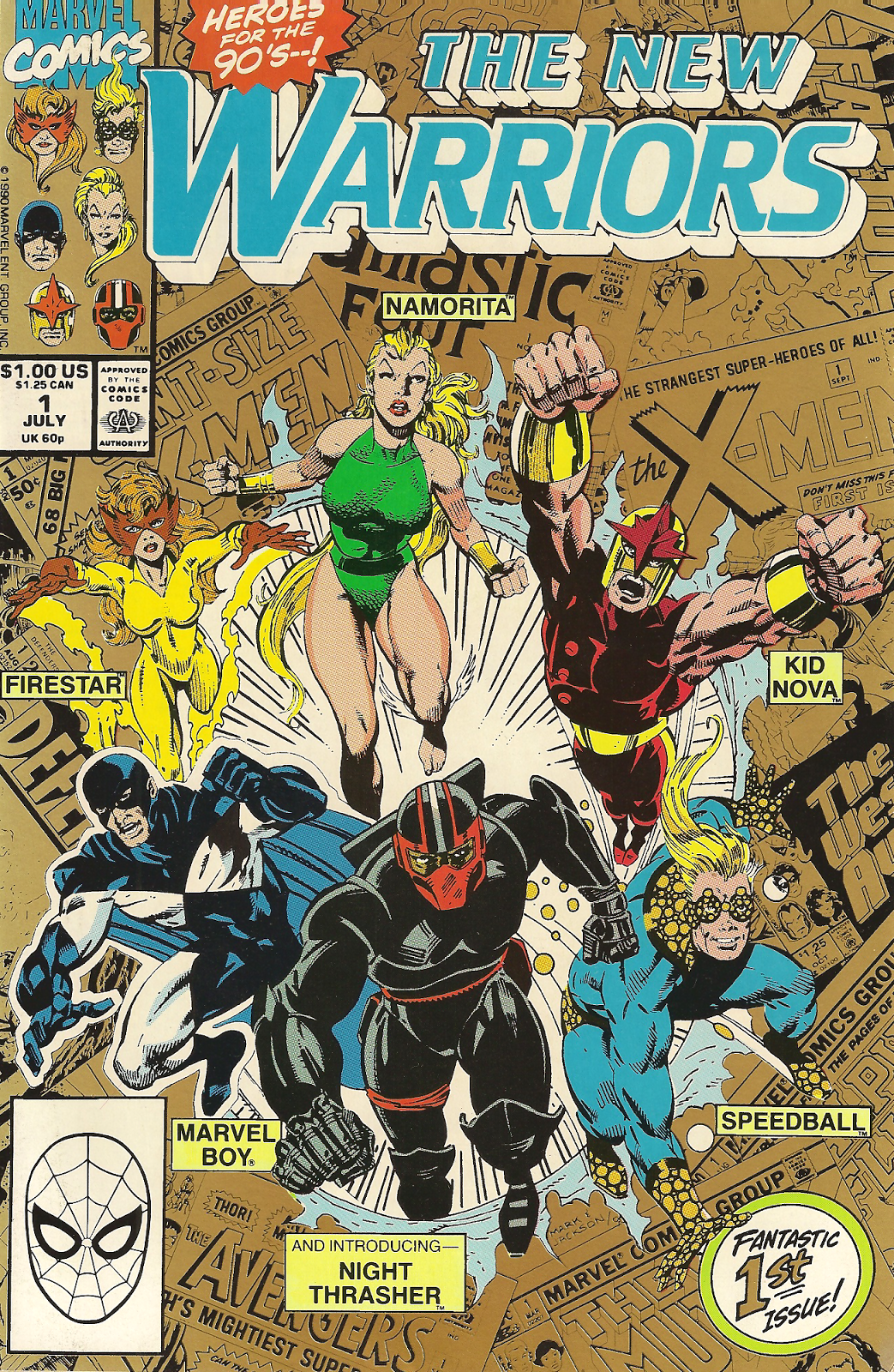 Well, that was the 26 first issues of New Warriors. Was it perfect?
Well... no. It was great, but not without faults.
But is there such a thing as a perfect ongoing comic-book series? I dare you, name one series, ONE series, that didn't have any problems at all.
Many thinks of the 90's as the Dark Age Of Comics, where ALL our heroes had to be edgier, darker, so on and so on. Huge unpractical weapons became a regular part of the 90's, so did ridiculously sexy women, awful ideas for new villains, and DC did all they could to make us believe that Batman was an urban myth, despite the Bat-Signal and his sidekicks.
But what some people forget is, that some of the best written series came from the 90's too, mostly after the mid-90's, such as JLA and Starman. And that is because the 90's was the comic-book media hitting puberty. Or that's what I believe.

Think about it; what did you do as a teenager? Answer: A lot of stupid stuff. And why did you do that? You were trying to evolve. And how did you do that? First of all, you tried to be someone new, mostly copying someone you either idolized, could relate to, or that you knew had some kind of status or resources you wanted yourself. And slowly, very slowly, you (hopefully) found your own identity.
After Dark Knights Return and Watchmen, it was suddenly not enough to tell stories about awesome stuff happening on the moon (even though that's primary why I read them), real life conflict was required too... even though real-life conflict has been a part of comics since the 60's, like Gwen Stacy's death, the Green Lantern/Green Arrow team-ups and such.
The problem was that the writers didn't understand or didn't care about the difference between being deep and being dark, and therefor just made the heroes more gritty. But eventually, the writing evolved. 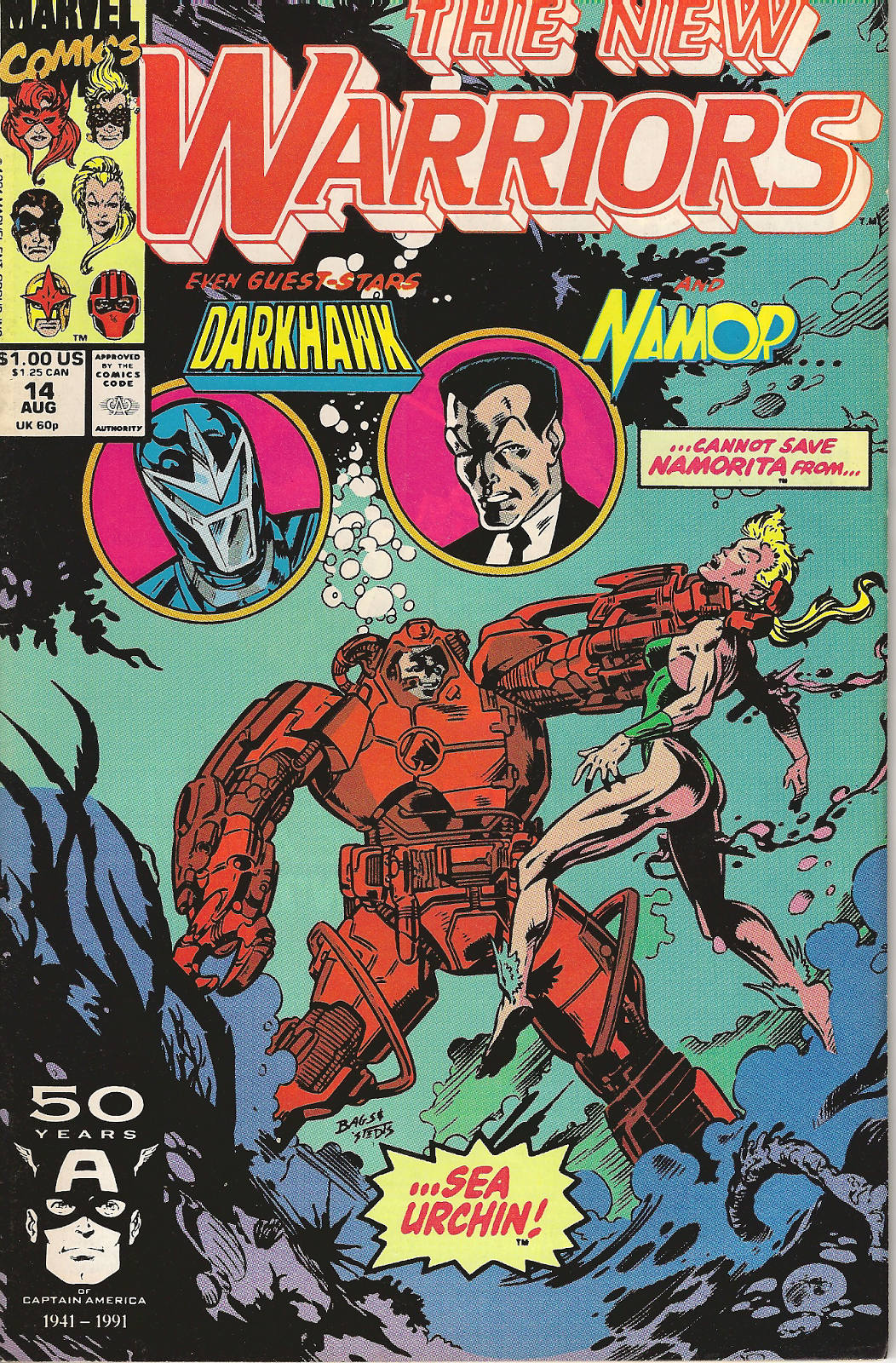 You may ask; Were am I going with all of this? And the answer is: The New Warriors IS the 90's, for bout good and ill. There are bumps on the road, but it is an all in all good series, according to my humble opinion. Fabian Nicieza takes some chances now and then, as he writes the series., where some of them works, and some doesn't. But he still did as good a job he could with a team without many years of back-story to lean up at (like the FF or Avengers), and so did Evan Skolnik when he took over the book. And it took up some serious themes, like abusive parents, divorces, and the treatment of prisoners in jail, instead of stuff like clones and cyberspace nonsense... mostly... And one of the reasons it could do that was because the Warriors them self was pretty low profile, compared with other superhero teams, who had stuff like space-bases and stuff. Sure, there is the Forever Yesterday story-line with crazy overpowered Egyptians, but let me put it this way: The Avengers had a mansion as their base, the New Warriors had a closed down factory. Do you get my point? 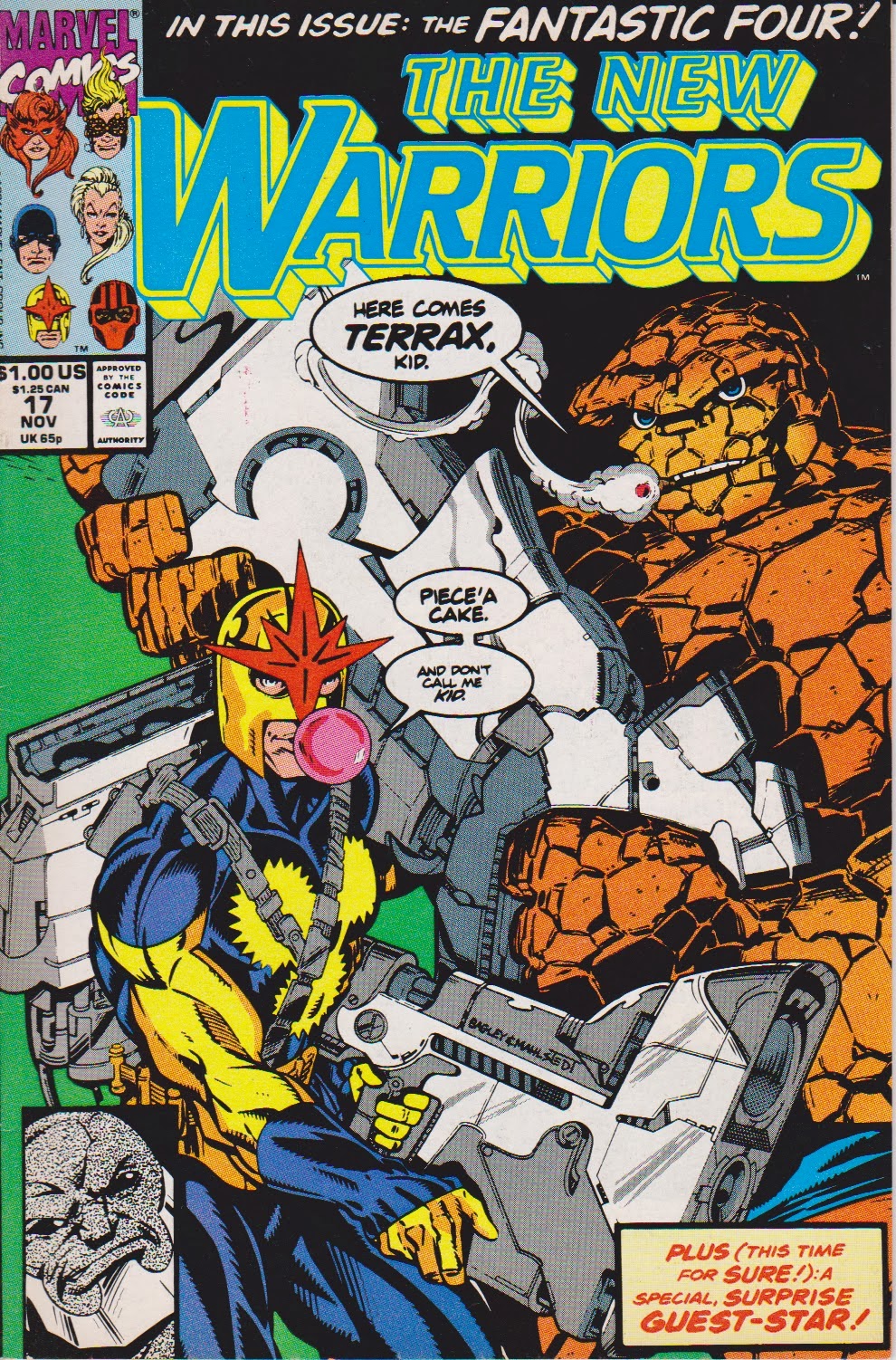 And sure, it still had 90's stuff like super-strippers now and then, but it doesn't really bother you that much, because Nicizea keeps things smooth with good dialogue and exiting storytelling, but also shows how these are kids trying to handle difficult situations as best they can (with lots of illegal activities). The guest stars are used well too, and Bagley's artwork is wonderful and, all considered, realistic.
A great series is not one that is perfect, but so good that you are ready to forgive and look trough fingers when the writer makes mistakes or just doesn't write very well, since all writers has bad days. And even after the series started to look like the other 90's comics, it still had a pretty high standard that made me keep reading (even though I could have lived without the Child's Play crossover, and the first Justice costume). 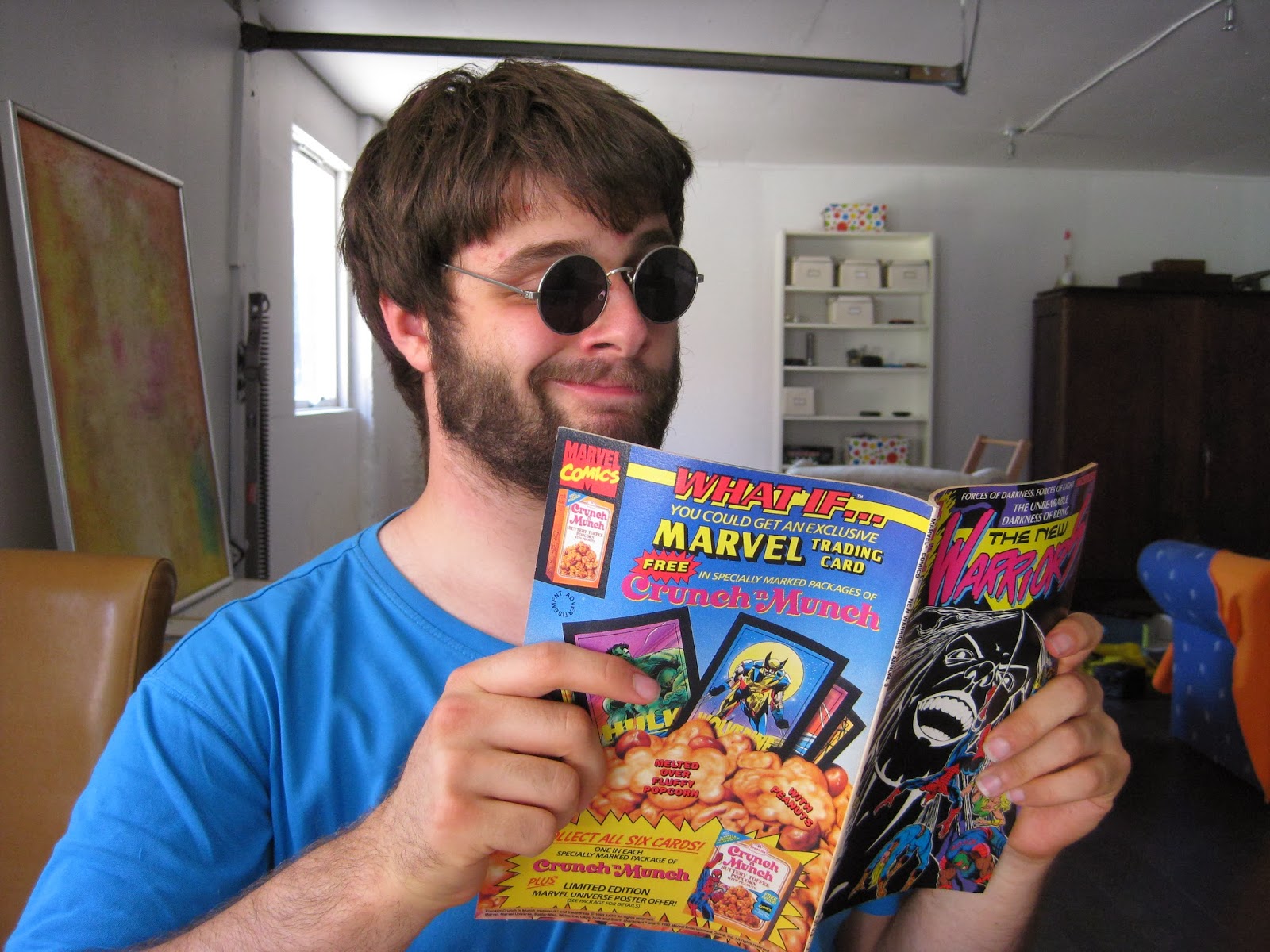 There are more stories to be told, like how Nita accidentally betrays the Warriors, my favorite story-line "Forces Of Darkness Forces Of Light", and how Nova lost his powers and still insisted on being a part of the team. Not to mention the introduction of new awesome members, where my favorite new member must be Hindsight.
But lets call it a day with me coming to the realization that the New Warriors Vol. 1 is the 90's for bout good and ill.
I'm Waezi2, and thanks for wasting time with me.
Posted by Waezi2 at 5:44 PM