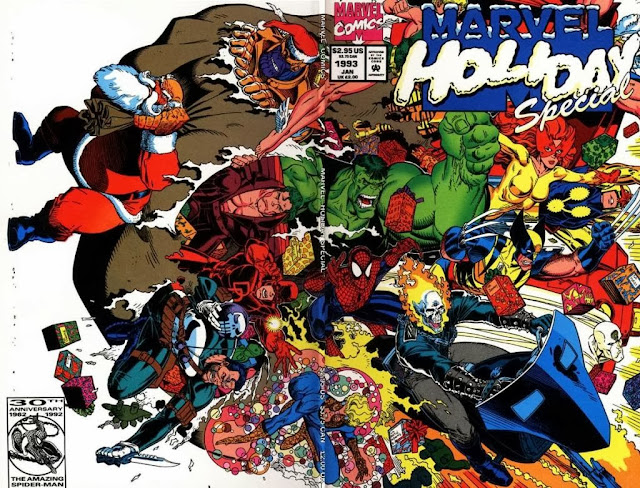 You know all those TV-shows and books who try to tell us that all you trouble will disappear at Christmas and that the holiday will be honky-dory? This is not that kind of comic. Instead it tells some stories about what people are doing in December... except for the first one... 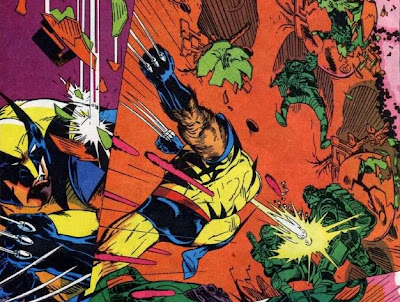 The first story is… kinda weird. It’s about Wolverine slashing his way through dinosaurs, soldiers, robots and whatnot, but in the end, we see that it’s just a boy playing with an action-figure.


It’s petty well drawn, if not damn well. The artist clearly had no intentions of making it look realistic, which is ideal when it’s a boy’s imagination in which the story takes place. But I don’t really get the point. It’s not really Christmas-ish. But it might not have been intended to be so. Anyway, it’s an enjoyable non-verbal story. 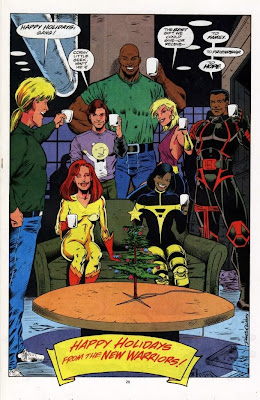 Next of is a story about the New Warriors (my favorite superhero-team), written by the author of the NW series; Fabian Nicieza. It’s not about them doing something heroic, but just what they do before celebrating Christmas. What I like about it is that it doesn't try to sucker-coat their situation just because it’s Christmas. Their problems (whatever it being finances, stress or boyfriends in jail) are still there, but they still get together to celebrate the holiday together. The story (even though it fells like a Christmas card) pretty much sums up the greatest quality of the New Warriors: they are friends. Not Earths Mightiest Heroes, but just a bunch of guys who want to hang out and try making the world a better lace now they are at it.

After that we get a Spider-Man story written by none other than STAN FLIPPING LEE where Electro tries to mess with the tree at Rockefeller Center, wile talking like a cheep Bond-villain... Yeah, that's the thing with Stan, he still write like it was the 60's.
The writing is not fantastic, but it’s still enjoyable. 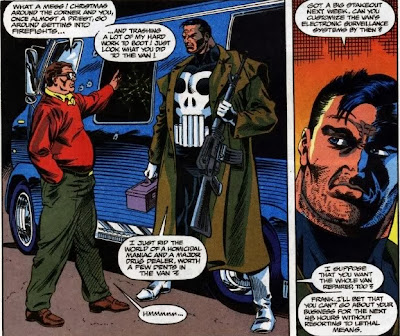 Then we have a story about the Punisher (because when I think Christmas, I think Frank Castle), who can’t use lethal force on anyone for 48 hours because of a bet he made with his weapon supplier and friend(?) Microchip. The story is written by Carl Potts, who were the editor of the first Punisher series. I’m not much of a Punisher fan myself, but I liked it, and I’m sure that you will like it too. We see that even without his guns or any kind of force, the Punisher is still the toughest nail in NY. 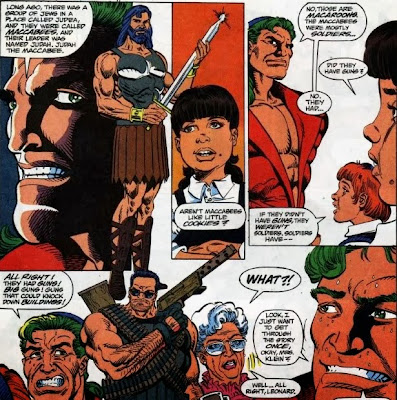 And don’t think there isn't room enough for Hanukkah. We have a lovely story about Hulks old ally Doc Samson, who visits his old yeshiva to tell the kids about the origin of Hanukkah. But when they get bored, he spices up the story with, well, 90’s-ness. Huge guns, robots, stuff like that. I swear to god, I laughed my face of reading it! This is one of the funniest stories I have ever read. Poor Samson does all he can to keep the kids attention, but it ends up biting him in the ass. And best part of it all; it’s apparently based on a true story. 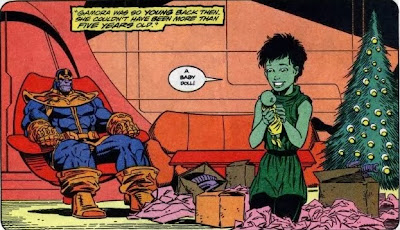 Then we have a rather odd story about Thanos, written by Jim Starlin. That’s right, Thanos celebrate (or celebrated) Christmas. It was part of how he educated Gamora to be his assassin. Because you apparently need a normal upbringing when you are going to become a champion of death…
Even though it’s an odd scenery, it actually works. It’s a bittersweet tale well told by Jim Starlin; the man behind such legendary tales as the Infinity Gauntlet and the creator of Thanos. 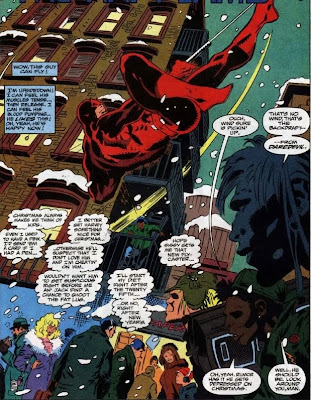 Next we have an Iron Man story, where an ex-con in frustration over being unable to get a job takes the identity of the super villain Blizzard.

The last story in the Holiday Special is named The Rapt Lamb, and is told entirely from the point of view of a toy-lamb that Daredevil intends to donate to an orphanage. The lamb is very observant and curious about the gift-giver, who is gentle at one point, until he gets brutal, till he gets gentle again. He is delighted by the hero's good nature, and is also sadden by his sorrow.
This is by far the best story in the book, and surprisingly non-depressive considered that its about Daredevil.

And between all the stories is some lovely Christmas pin-ups, like Cap borrowing his shield to a kid, who use it as a slate.

I haven't been able to find the other Holiday Special comics, but this one was great. The stories are unique, well written and mixed. Highly recommended.
I'm Waezi2, and merry Christmas to you all.
Posted by Waezi2 at 4:40 PM