War Machine is one of those characters I really wanted to read about, but just haven't found any books with yet. I know where I can find him, but my economy doesn't allow me to buy too many comics, and I usually buy stuff I can find cheep. But recently, I managed to find two TPB collecting the 12 issue long War Machine series written by Greg Pak, the man behind Incredible Hercules, Alpha Flight and Chaos War.

The series takes placed during the Dark Reign period, where Norman Osborn is pretty much in charge of the entire country. The world has become a darker place, and Rhodey has become darker, too.
You see, after half of his body was blown to kingdom come, he has been transformed into an ACTUAL war-machine by his friend Tony Stark. With a computer as brain, Rhodey can now access data from all over the globe, and see all evil there is. Now, more machine than man, Rhodey is stone cold, and decides to, and I quote: kill the %$#& out of all the evil men on Earth.
... So, he is kind-of a high-tech Punisher ripoff... Yay? 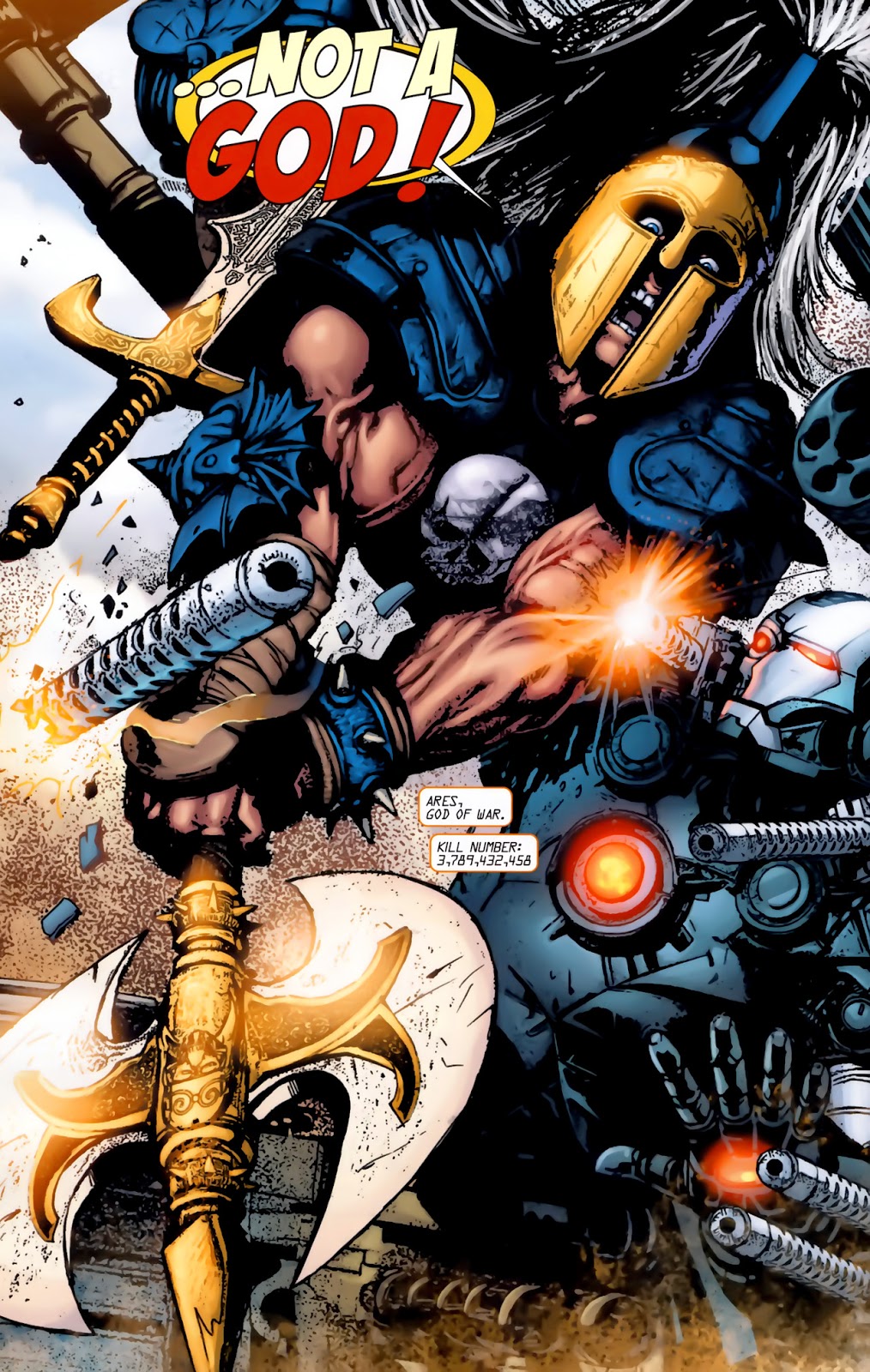 I have mixed feelings about this series. You see, this comic is pretty much, well... a Transformers movie. Not that it's a bad thing per se, but still, it's a Transformers movie, for both good and ill. It has allot of action, Rhodey's technopathy-powers are used to it's fullest, AND Ares is in it, too, kicking tons of ass, as well as declaring that War Machine is is his champion of war(which makes Rhodey realize how @#%& up he is).
BUT it's also very chaotic, loud, and then ending of the series feels kinda like a letdown. And I'm not too keen on the art. And really, Osborn is a villain for Rhodey to fight? REALLY?! Osborn apparently has this superpower during the Dark Reign, that he can fight with ALL the heroes in the Marvel U pretty much at the same time. HE IS IN CHARGE OF THE WHOLE COUNTRY'S SECURITY, HE DOESN'T HAVE TIME FOR THAT!!! Seriously, they should have made Ares the sort-of villain. THAT could have been interesting.
But, it's a nice little action-flick. The ending is kinda meek, but hey, it has some awesome stuff, like Ares and War Machine having a "Hero(?) fight hero, then team up," as well as a West Coast Avengers reunion. But it's by far one of Pak's weaker stories. Loved the first 5 issues, though, collected in the TPB "Iron Heart."
That's all for now. I'm Waezi2, and thanks for wasting time with me.
Posted by Waezi2 at 4:54 PM