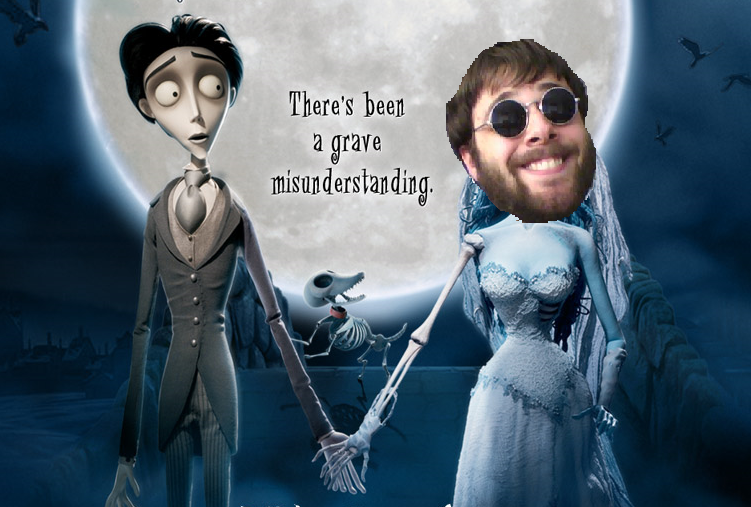 Well folks, there's only a month and a half to the spookiest holiday of the year. So just like last year, I have a couple of suggestions for Halloween reading to you guys(you can read last years reviews RIGHT HERE). Hope you can use them. 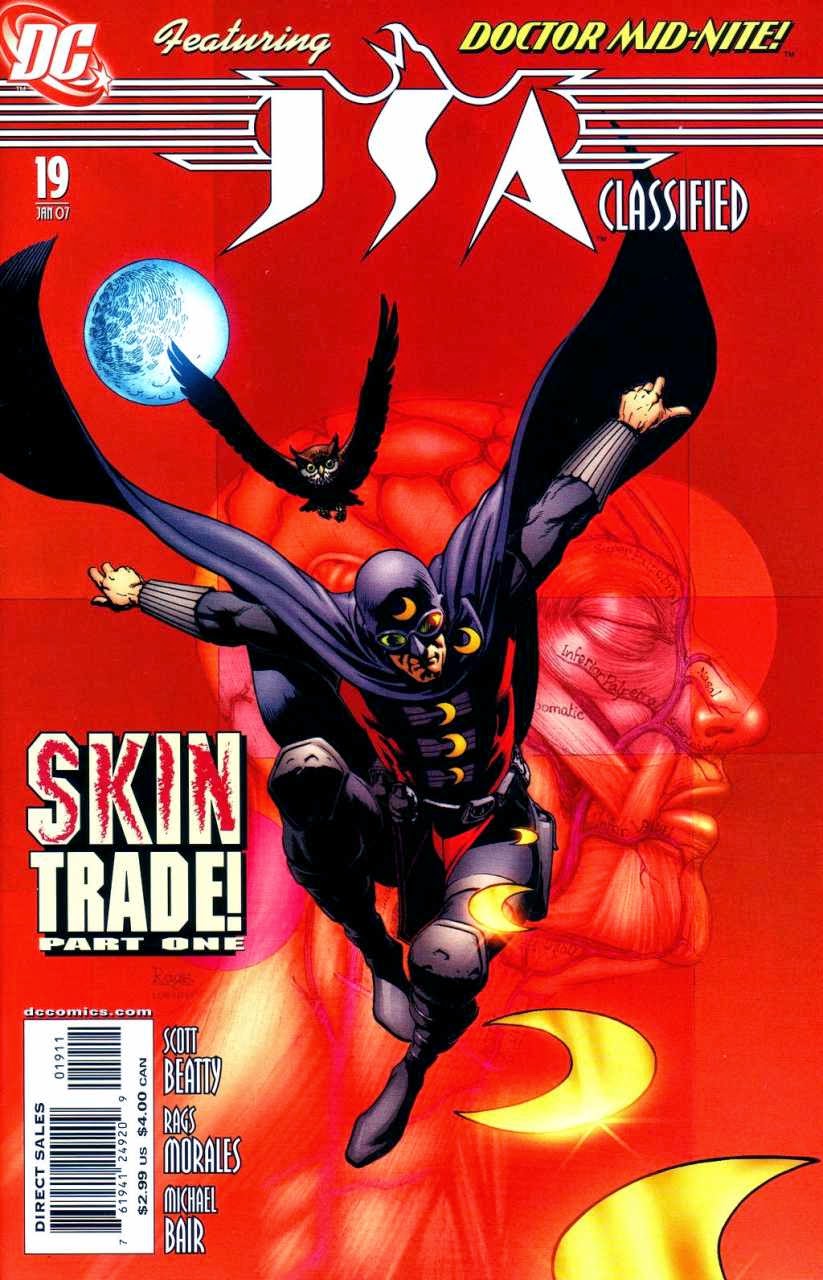 In the two-issue long story called "Skin Trade," several superheroes has been victim of organ kidnapping, like skin, eyes, hair and such. Someone is running an illegal clinic that specialized in cosmetic surgeries with superhuman parts. Doctor Mid-Nite of the Justice Society of America is on the case, and and he is up for one heck of a trip as he enters the horrifying world of body-part dealing.
Go home Batman! Doc Mid-Nite got this covered.
It's nice to have a detective story that doesn't futures the Dark Knight of Gotham as it's main character, as well as seeing Mid-Night in action instead of being on the sideline, treating the sick and harmed superheroes. Mid-Nite uses his amazing skills as medic in his crime-fighting with elegance and brilliance. He is not as strong and well-equipped as Batman, but he is just as smart, which he has to be in this gory tale of what lengths people are ready to go in order to have a perfect body. Nasty little read and highly recommended. 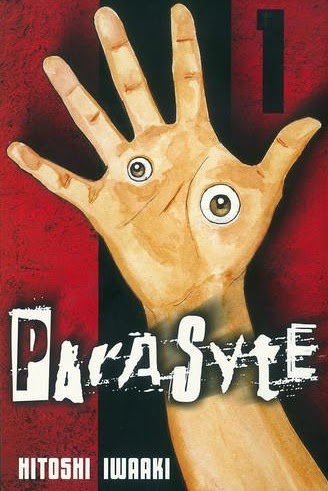 Shinichy wakes up one morning to find a snake-like creature trying to get into and take over his body. Trying to get the creature out of his body, he manege to stop what apparently is a very intelligent parasite from taking over his whole body. But it's still inside of his right arm, and can control and shape it as it is pleased. Shinichy and the parasite(which he has named Migi) must now try to coexist as best as possible. Easier said than done.
I dont like this manga. Not because it's bad, but because I'm not a splatter-fan. And believe me, there is ALLOT of splatter! The parasites that takes over human bodies eat other humans, and they are quite messy about it. The gory part is not the actual feasting, but what is left after they had their meal, which is, to put it mildly; rater messy.
What really makes the series interesting is this very surreal relationship between the young man Shinichy and his new right arm; Migi. Migi has no problem with being honest about that he would have preferred to take over the entire body, and the fact that the only reason to why he doesn't eat humans is that he doesn't have to eat that much with a body at the size of an arm.

That's all for now. Next time, my personal "top nine Yu-Gi-OH MY GOD(!) moments."
I'm Waezi2, and thanks for wasting time with me.