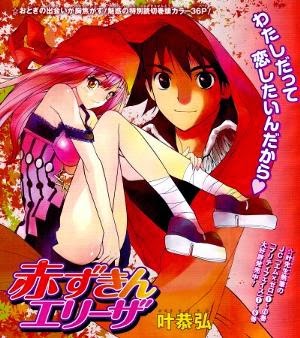 This is a very, very, VERY alternative take on the world famous fairy-tale about Red Riding Hood. In fact, you may not have noticed that it were, unless you were told.
Eliza has a very overprotective grandmother, who also happens to be a very buffed up (wo)man-mountain of a old woman, and she scares away anyone who could be a possible suitor to the young, attractive girl. But then came the day were a young man named Wolf came to visit, and he changed everything with his giant worm.
IT'S NOT WHAT YOU THINK!!!
The story was written and drawn by Kano Yasuhiro, who also wrote/draw one of my favorite mangas named MxO (witch we will get to eventually) and even though the writing is NOWHERE near the standard of MxO, it's really cute! And also pretty innocent.
... For a story that involves a giant worm that looks like a penis, BUT STILL! I actually found it kinda interesting(and also head-scratching) how the story was changed completely. It's a one-shot manga, so it wont take to much of your time. Give it a try!
But that was a one-shot manga. Guess I have to review some more, so it would count for the manga of today... 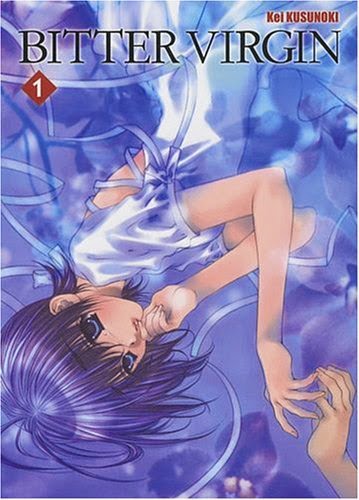 This is a story of a very grave matter, so no jokes here.
Daisuke Suwa is the ladies man of his class, and he has a eye for all his female classmates, with the exception of one girl; Hinako Aikawa. He doesn't like her because he thinks she is pretending to be innocent and clean, witch he finds unattractive, since he prefer to "mess around" with girls.
But when he has cleaning duties in the local church, he overhear Hinako's dark secret... She was raped and impregnated by her stepfather. Twice.
I was unsure if I should tell you this, since it IS a spoiler, but I want you to be prepared for what kind of story this is, so you can decide if this is too much for you. I feel a little bad about writing about this right after the review of "Red Hood with weird worms", But I guess I did it to show how broad manga is, and how different they can be. Some can be over the top weird, others...
This is a sad story, but it is also beautiful told. The artwork is great, and the writing is very mature, or else this would have been horrible. I especially liked how Daisuke grew from being a jackass of a Casanova into a young man. If you are ready to get your heart broken, then read this little jewel of sadness.