Romeo X Juliet is a odd case: It's a manga based on a anime, not the other way around. 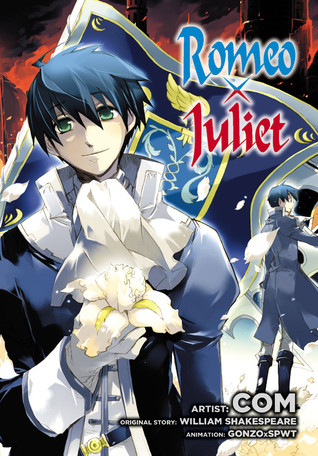 Are you a fan of the probably best known love story mankind has ever known?
Sucks to be you, there is almost no similarities.
First of all, there is a actual bad guy in this story(Romeo's father), and it's not two equally wealthy families who hates each-other for reasons unknown. And there is also a enchanted tree.
But that is not the same as saying it's a bad story.
I dont get the Japs apparently huge urge to take European works of fiction, and then rip it for everything that made it into THAT story, so it can be another one(like Red Riding Hood with worms) but it's fascinating to read, while you scratch your head.
And even though it's not Shakespeare's classic tale, then it's still a pretty good story about love. In fact, it's a BETTER love-story than the original. Not a better story, but better with the love-element, witch, let's be honest, wasn't really there in Shakespeare's famous tragedy. The original Romeo and Juliet are young, and the fact that they cant get each-other probably made them want to be together even more! In RXJ, it feels like an actual love affair.
What make the book have a weak spot, is actually what was suppose to make it good; the fantasy element. If there was no enchanted tree, then the story would have been much better than it already is.
The anime is alright, I guess, and that's rather odd, since manga based on anime is mostly worse than the anime it's based on, like Durarara, witch we will get to as fast as possible.
I just realized that I have been babbling about the story, without a resume.
... Na, just read it, then you will know what it is about.
That's one down, 20 to go.
I'm Waezi2, and thanks for wasting time with me.
Posted by Waezi2 at 11:27 AM